The sawmiller, David Jolly, was the house's first owner, he built and lived in the house until his death in 1956. He was born in Franklin in1868. His father and mother were John & Alice Jolly.   David married Dora Short, on the 15th of August 1900. David is remembered, as having been a tall, well-built, active man who was a teetotaller. He and his wife had no children.  Dave purchased the property from the original grantee, Joseph Wilson.

David was a notable character in the Huon Valley and fondly known by nearly everyone, whether he was related to them or not, as "Uncle Dave". He resided in a this house you see here on the Huon River Esplanade at Huonville and when he retired, he became a well-known figure riding his ancient push bike around the district and driving his few milking cows to and fro across the Huonville Bridge to various grazing paddocks - the busy vehicular traffic just had to wait its turn!

The Huon River has flooded the house on a number of occasions.  One evening, in the late 1940's, there was an urgent radio flood warning and, because Uncle Dave was approaching 80 and living alone, His nephews at the time, Keith and his brother Earle thought they had better be on hand in case he needed assistance.

They all hurried to the esplanade and waded to Uncle Dave’s house through knee-deep water that was already approaching the foundations, and rising. Uncle Dave had a roaring fire going, with reserve firewood leaning against the wall, and was relaxing in his armchair. He had been through numerous floods over the years and was totally untroubled by the oncoming threat. Everyone busied ourselves elevating the furniture onto apple cases, emptying cupboards, rolling up the mats and generally preparing for the worst. Soon the water was at the doorstep. Then it entered the house. For a time they tried sweeping it out the doors, but it was inexorable. In no time the water inside was about 20cm deep and everyone was anxious that their retreat might soon be cut off.

Uncle Dave stayed by his fire and refused to budge, but made the concession of raising his feet onto the mantelpiece. When the water finally lapped over the hearth and extinguished the fire in a hissing cloud of steam, Uncle Dave slowly got up. Everyone presumed he was finally ready to be evacuated. No way! He simply waded into his bedroom, climbed up onto his elevated bed and retired for the night.

Fortunately, after reaching about 30cm, the water began to recede. Someone stayed behind with Uncle Dave, while the rest waded out and wended their weary way home. (I love a little alliteration!). Next day, the water had retreated and everyone returned with buckets, mops and squeegees to clear out the mud and begin the dreadful process of drying out and rehabilitation. Uncle Dave had survived another flood. He was aged 88 when he eventually died – and it was not by drowning!

During his working life, he was involved in various saw milling ventures, including a mill on Bruny Island in partnership with his half-brother Richard Skinner. The sawmill operated at Lunawanna on Bruny Island, a photo can be found in the house of Dave Jolly on the steam locomotive which hauled logs from the bush to the mill and the sawn timber from the mill to the jetty As a result of sparks from the locomotive's tall funnel, several fires occurred along the route. 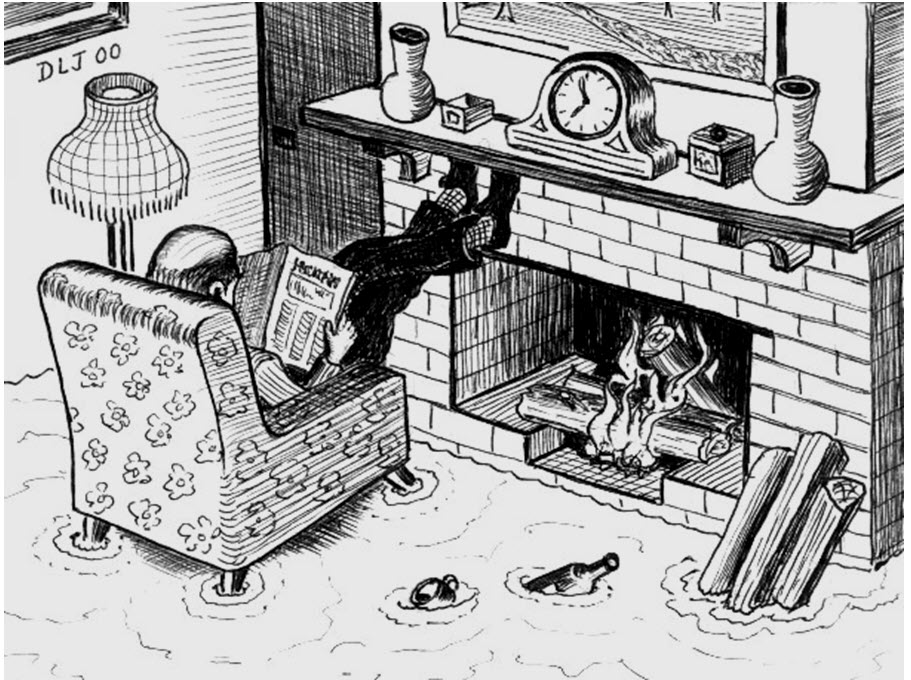 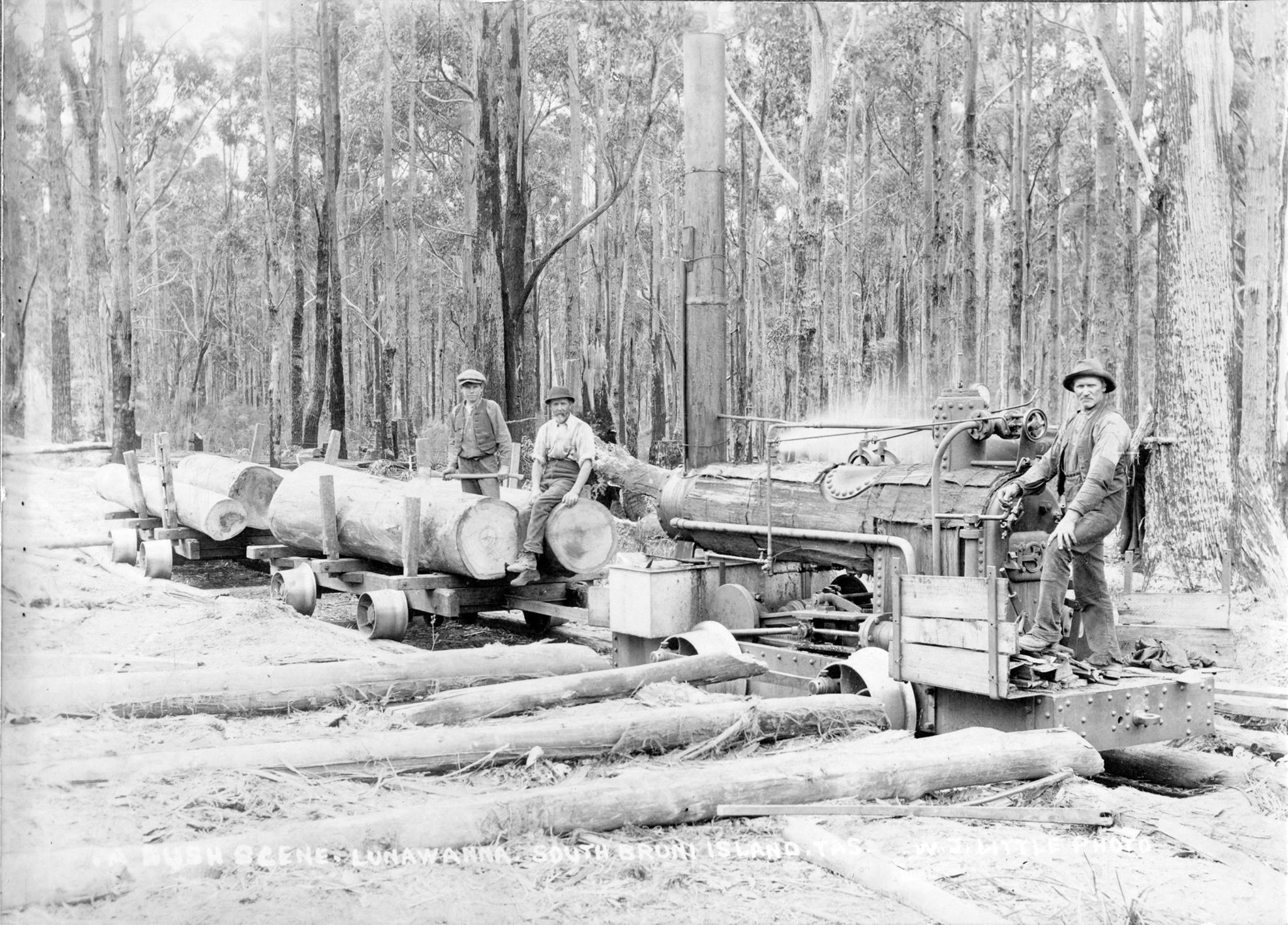 Dave Jolly, who built Riverfront estate can be seen in the far right of this photo at his sawmill on Bruny Island at Lunawanna.

Earle and Julia, Earle being Dave's nephew, purchased the property on Uncle Dave's Death in 1956.  They raised a family of three children, Helen, Graham, Beth in the house and lived in the property before Dave's death.  They moved into the house in the late 1940's and raised their family in the house. Earle lived in the house till his death in 1993.  Earle, his brothers Keith and Basil were originally sent down from to Sydney to manage the family farms that supplied the family fruit business.  However it was not in Earle's liking and he found a job in the then Hydro as a linesman until his retirement.  Julia worked in the apple sorting sheds.   The house saw many family functions, Christmas's and at least one wedding. 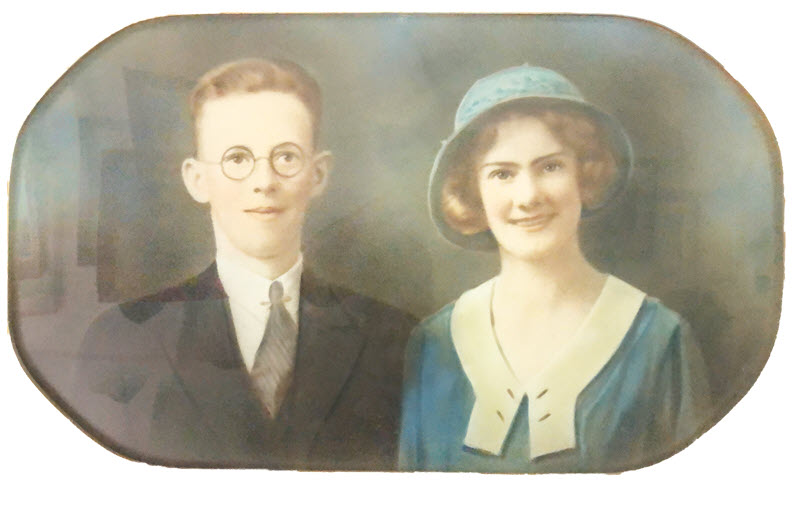 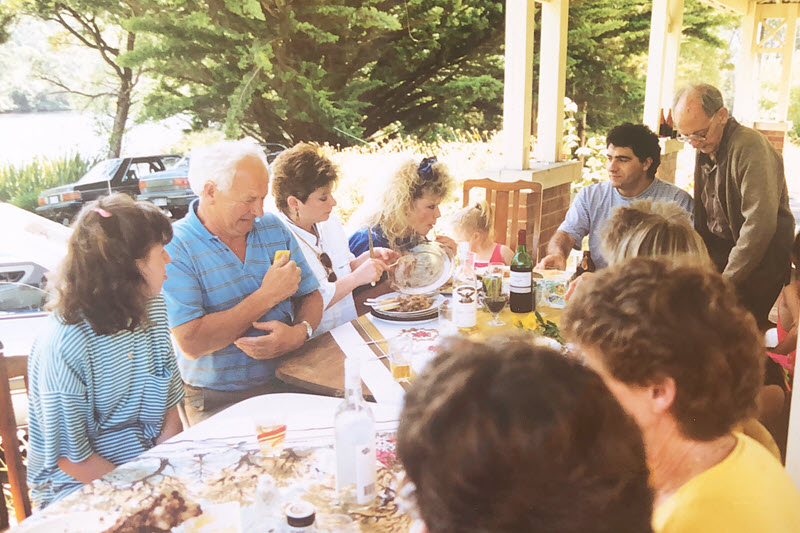 Roger is the son of Beth Jolly and grandson of Earle and Julia.  Roger and his partner Maree purchased the property on the death of Earle in 1993. The property has seen a few floods in the recent years but nothing to the level of previous owners.  The property has always been a family gathering point with many family events held at the house, including weddings, xmas and birthdays,

Loading...
Upps!
You're running a web browser we don't fully support. Please upgrade it for a better experience.
Our site works best with Google Chrome.
How to upgrade the browser